Ischemic preconditioning (IP) is one of the most important endogenous mechanisms that protect the cells against ischemia-reperfusion (I/R) injury. However, the exact molecular mechanisms remain unclear. In this study, we showed that changes in the level of agmatine were correlated with ischemic tolerance. Changes in brain edema, infarct volume, level of agmatine, and expression of arginine decarboxylase (ADC) and nitric oxide synthases (NOS; inducible NOS [iNOS] and neural NOS [nNOS]) were analyzed during I/R injury with or without IP in the rat brain. After cerebral ischemia, brain edema and infarct volume were significantly reduced in the IP group. The level of agmatine was increased before and during ischemic injury and remained elevated in the early reperfusion phase in the IP group compared to the experimental control (EC) group. During IP, the level of plasma agmatine was increased in the early phase of IP, but that of liver agmatine was abruptly decreased. However, the level of agmatine was definitely increased in the ipsilateral and contralateral hemisphere of brain during the IP. IP also increased the expression of ADC—the enzyme responsible for the synthesis of endogenous agmatine—before, during, and after ischemic injury. In addition, ischemic injury increased endogenous ADC expression in the EC group. The expression of nNOS was reduced in the I/R injured brain in the IP group. These results suggest that endogenous increased agmatine may be a component of the ischemic tolerance response that is induced by IP. Agmatine may have a pivotal role in endogenous ischemic tolerance. 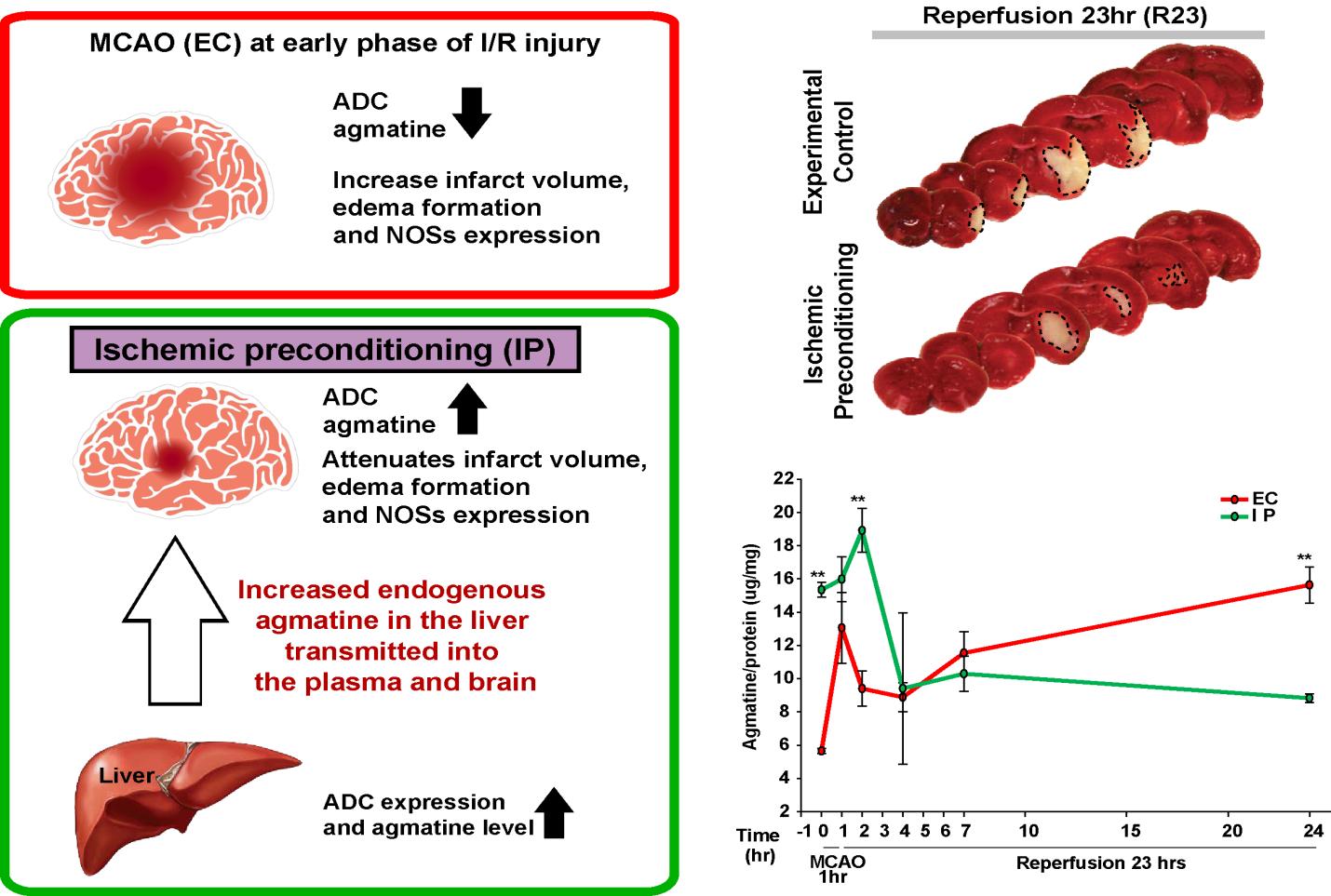