Physical and Functional Interaction between 5-HT6 Receptor and Nova-1

5-HT6 receptor (5-HT6R) is implicated in cognitive dysfunction, mood disorder, psychosis, and eating disorders. However, despite its significant role in regulating the brain functions, regulation of 5-HT6R at the molecular level is poorly understood. Here, using yeast two-hybrid assay, we found that human 5-HT6R directly binds to neuro-oncological ventral antigen 1 (Nova-1), a brain-enriched splicing regulator. The interaction between 5-HT6R and Nova-1 was confirmed using GST pull-down and co-immunoprecipitation assays in cell lines and rat brain. The splicing activity of Nova-1 was decreased upon overexpression of 5-HT6R, which was examined by detecting the spliced intermediates of gonadotropin-releasing hormone (GnRH), a known pre-mRNA target of Nova-1, using RT-PCR. In addition, overexpression of 5-HT6R induced the translocation of Nova-1 from the nucleus to cytoplasm, resulting in the reduced splicing activity of Nova-1. In contrast, overexpression of Nova-1 reduced the activity and the total protein levels of 5-HT6R. Taken together, these results indicate that when the expression levels of 5-HT6R or Nova-1 protein are not properly regulated, it may also deteriorate the function of the other. 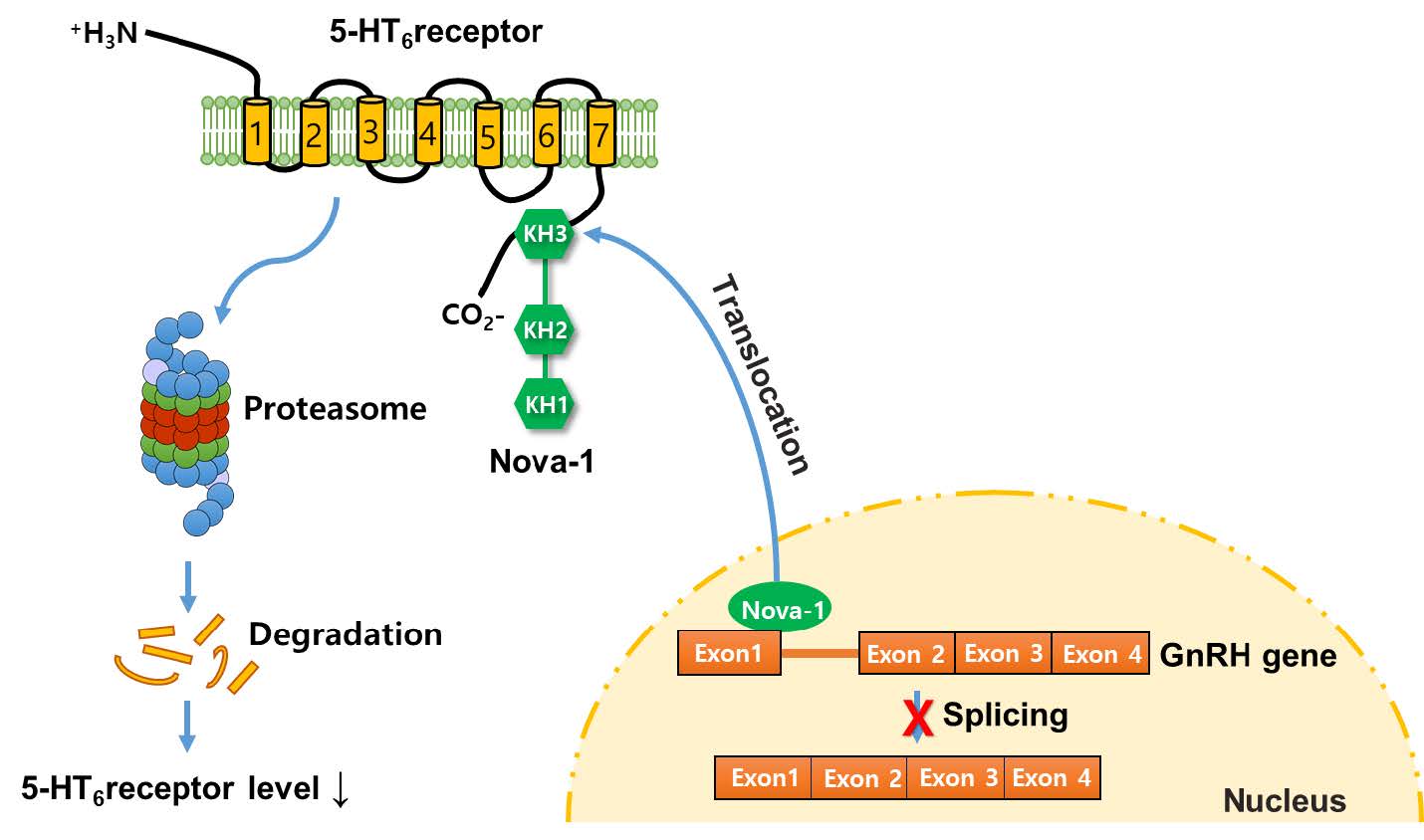