Disease modeling of Alzheimer's disease (AD) has been hampered by the lack of suitable cellular models while animal models are mainly based on the overexpression of AD-related genes which often results in an overemphasis of certain pathways and is also confounded by aging. In this study, we therefore developed and used induced pluripotent stem cell (iPSC) lines from a middle-aged AD patient with a known presenilin 1 (PSEN1) mutation (Glu120Lys; PS1-E120K) and as a control, an elderly normal subject. Using this approach, we demonstrated that the extracellular accumulation of Aβ was dramatically increased in PS1-E120K iPSC-derived neurons compared with the control iPSC line. PS1-E120K iPSC-derived neurons also exhibited high levels of phosphorylated tau, as well as mitochondrial abnormalities and defective autophagy. Given that the effect of aging is lost with iPSC generation, these abnormal cellular features are therefore indicative of PSEN1-associated AD pathogenesis rather than primary changes associated with aging. Taken together, this iPSC-based approach of AD modeling can now be used to better understand AD pathogenesis as well as a tool for drug discovery. 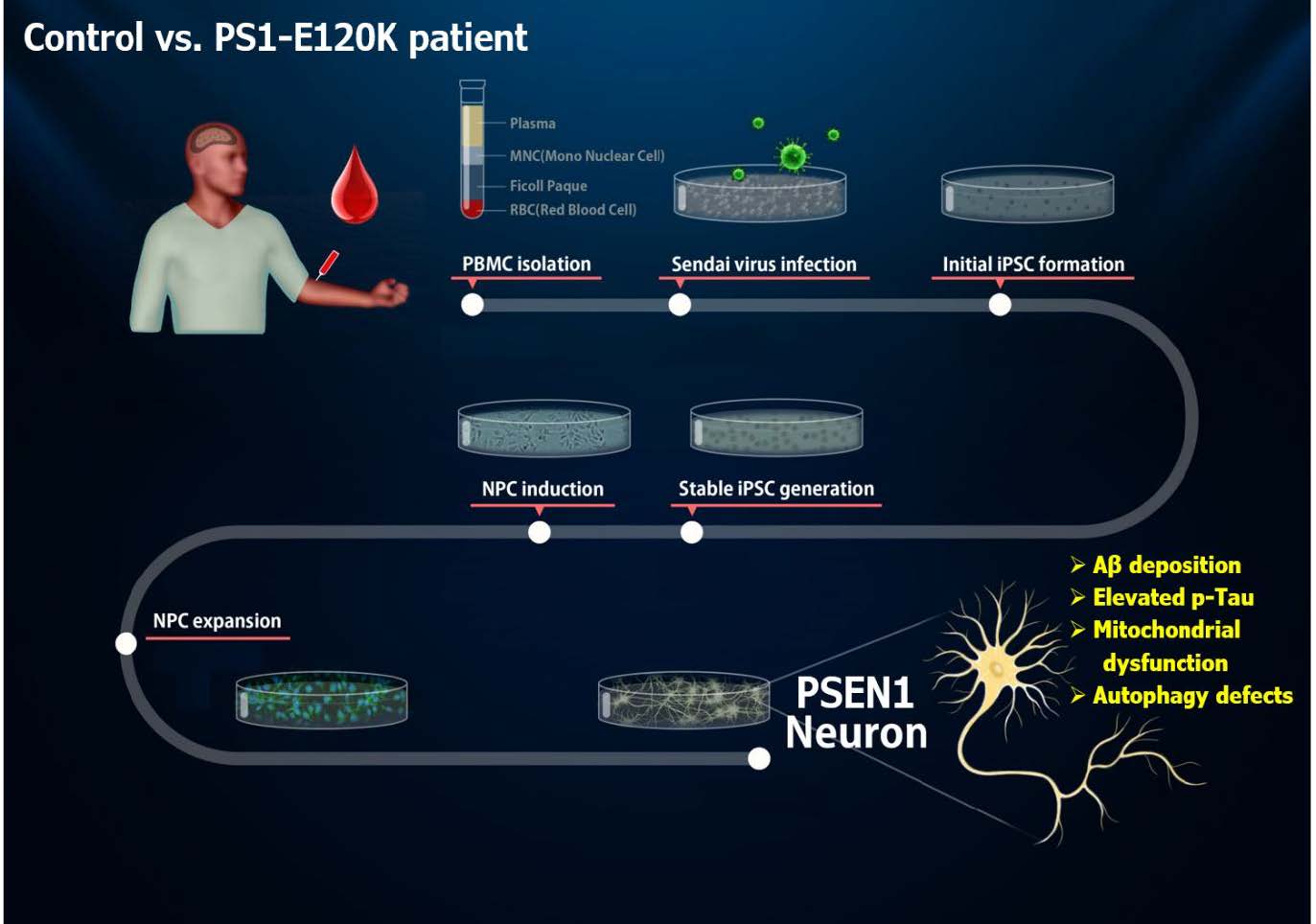