Leucine-rich repeat-containing G-protein coupled receptor 5 (LGR5) has been reported to play critical roles in the proliferation of various cancer cells. However, the roles of LGR5 in brain tumors and the specific intracellular signaling proteins directly associated with it remain unknown. Expression of LGR5 was first measured in normal brain tissue, meningioma, and pituitary adenoma of humans. To identify the downstream signaling pathways of LGR5, siRNA-mediated knockdown of was performed in SH-SY5Y neuroblastoma cells followed by proteomics analysis with 2-dimensional polyacrylamide gel electrophoresis (2D-PAGE). In addition, the expression of LGR5-associated proteins was evaluated in LGR5-inhibited neuroblastoma cells and in human normal brain, meningioma, and pituitary adenoma tissue. Proteomics analysis showed 12 protein spots were significantly different in expression level (more than two-fold change) and subsequently identified by peptide mass fingerprinting. A protein association network was constructed from the 12 identified proteins altered by knockdown. Direct and indirect interactions were identified among the 12 proteins. HSP 90-beta was one of the proteins whose expression was altered by knockdown. Likewise, we observed decreased expression of proteins in the hnRNP subfamily following knockdown. In addition, we have for the first time identified significantly higher hnRNP family expression in meningioma and pituitary adenoma compared to normal brain tissue. Taken together, LGR5 and its downstream signaling play critical roles in neuroblastoma and brain tumors such as meningioma and pituitary adenoma. 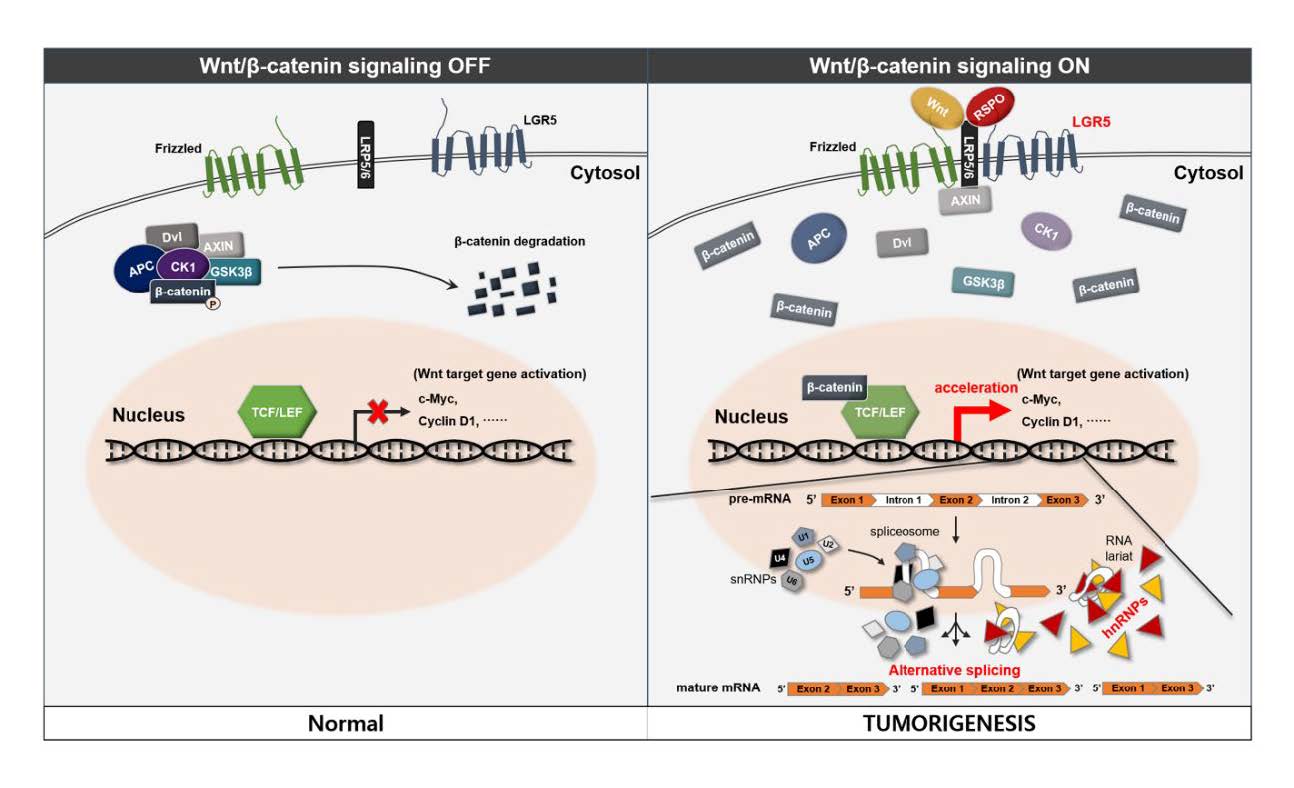