The inducible system provides a useful tool for inducing the selective deletion of genes that are essential for proper development and enables the study of gene functions in properly developed animals. Here, we show that inducible driven by the -promoter can induce cell-type-specific deletion of target genes in cerebellar cortical neurons. We used reporter mice containing the YFP (yellow fluorescence protein) gene at the locus with a -flanked transcriptional stop sequence, in which successful Cre-mediated excision of the stop sequence is indicated by YFP expression in Cre-expressing cells. Administration of tamoxifen during early postnatal days (P4~7) induces Cre-dependent excision of stop sequences and allows YFP expression in proliferating neuronal progenitor cells in the external granule layer and Bergmann glia in the Purkinje cell layer. A substantial number of YFP-positive progenitor cells in the external granule layer migrated to the internal granule cell layer and became granule cell neurons. By comparison, injection of tamoxifen during late postnatal days (P19~22) induces YFP expression only in Bergmann glia, and most granule cell neurons were devoid of YFP expression. The results indicate that the Gli1 promoter is temporarily active in progenitor cells in the external granule layer during the early postnatal period but constitutively active in Bergmann glia. We propose that the Gli1-mediated CreER system can be applied for the conditional deletion of genes of interest from cerebellar granule cell neurons and/or Bergmann glia. 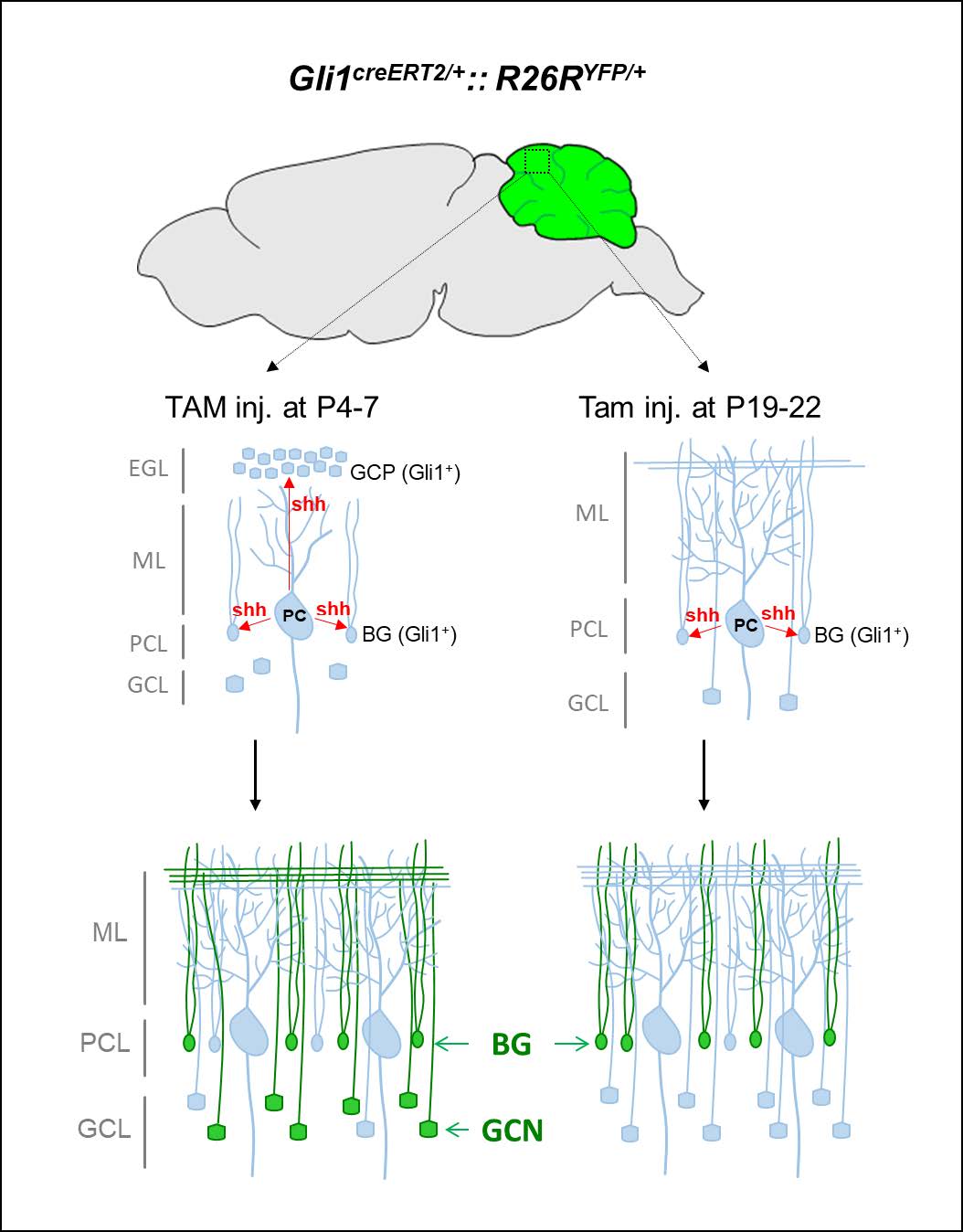