Memantine, a noncompetitive antagonist of the -methyl--aspartate (NMDA) receptor, suppresses the release of excessive levels of glutamate that may induce neuronal excitation. Here we investigated the effects of memantine on salicylate-induced tinnitus model. The expressions of the activity-regulated cytoskeleton-associated protein () and tumor necrosis factor-alpha ( genes; as well as the gene and protein, were examined in the SH-SY5Y cells and the animal model. We also used gap-prepulse inhibition of the acoustic startle reflex (GPIAS) and noise burst prepulse inhibition of acoustic startle, and the auditory brainstem level (electrophysiological recordings of auditory brainstem responses, ABR) and NR2B expression level in the auditory cortex to evaluate whether memantine could reduce salicylate-mediated behavioral disturbances. was significantly upregulated in salicylate-treated cells, but downregulated after memantine treatment. Similarly, expression of the inflammatory cytokine genes and immediate-early gene was significantly increased in the salicylate-treated cells, and decreased when the cells were treated with memantine. These results were confirmed by NR2B immunocytochemistry. GPIAS was attenuated to a significantly lesser extent in rats treated with a combination of salicylate and memantine than in those treated with salicylate only. The mean ABR threshold in both groups was not significant different before and 1 day after the end of treatment. Additionally, NR2B protein expression in the auditory cortex was markedly increased in the salicylate-treated group, whereas it was reduced in the memantine-treated group. These results indicate that memantine is useful for the treatment of salicylate-induced tinnitus. 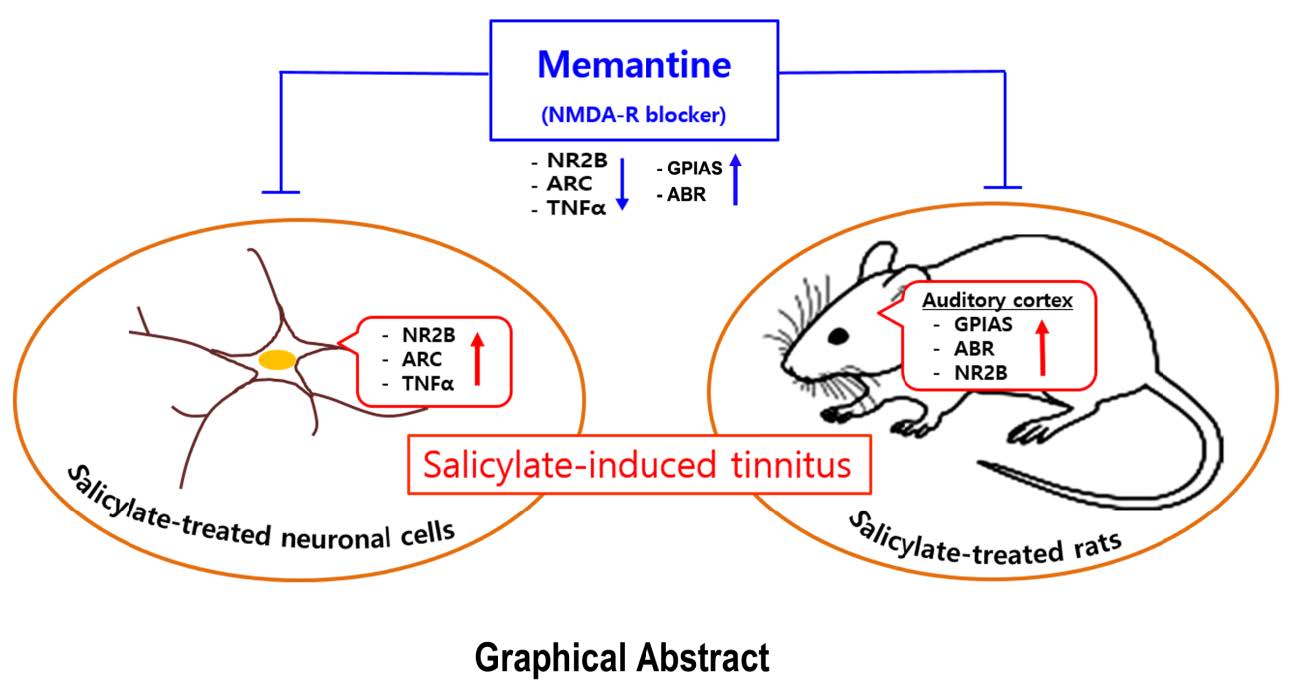